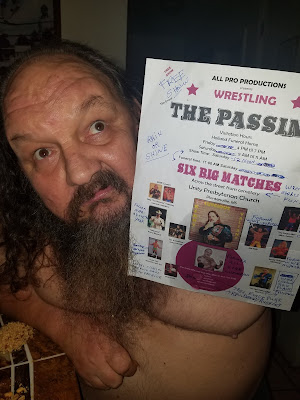 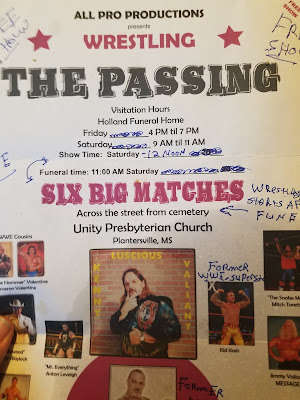 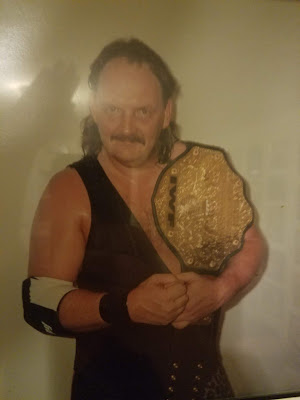 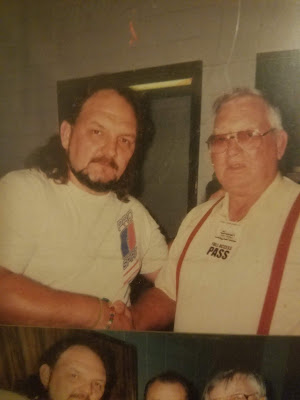 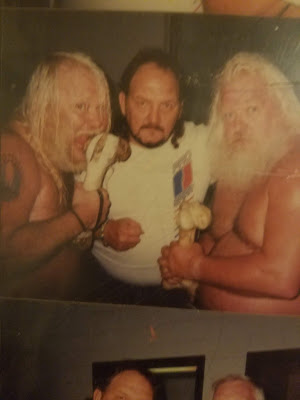 Kenny with the Moondogs 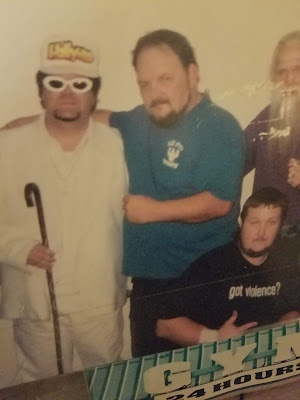 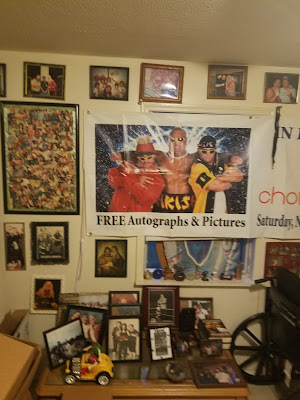 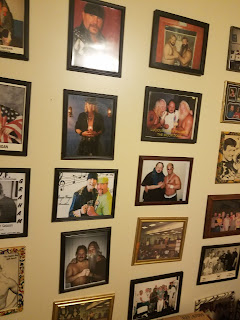 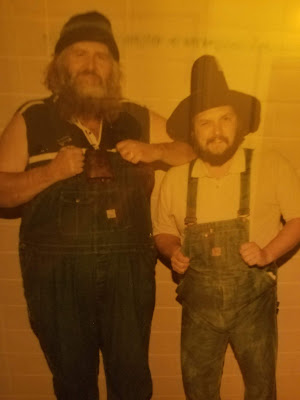 Charles “Ken” Clayton has wrestled all over the mid-south area under the name Ken “The Dream” Rose and Luscious Kenny Valiant. Kenny has traveled up and down the road with “Handsome” Jimmy Valiant and  he promoted  shows under the name of All- Pro Wrestling which ran shows in Tennessee,  Arkansas,  Texas, Alabama and Mississippi.  Kenny is planning a big free wrestling show the same day as his funeral. Kenny has serious medical issues and decided to plan his funeral early.   Kenny said ” I will have a free wrestling show the same day as my funeral for my fans and friends who have supported me throughout my wrestling career, as for as I know this has never been done before.   I will have the wrestling ring set up across the road Unity Presbyterian Church in Plantersville, Mississippi.  I want people to celebrate my life while watching a free wrestling show  with a concession stand serving popcorn,  hotdogs , candy bars and drinks”.  Kenny has the poster already printed for his free wrestling show and some of the wrestling stars he is planning to book for his funeral show called “The Passing” is Jimmy Valiant, Greg The Hammer” Valentine, Cameron  Valentine,  Hollywood Jimmy, Oscar Barlow, Kid Kash, Mitch Toretta, Dustin Starr, “The Real Nature Boy” Paul Lee , Dustin Starr and many more. Kenny said ” as any wrestling show, card subject to change.”