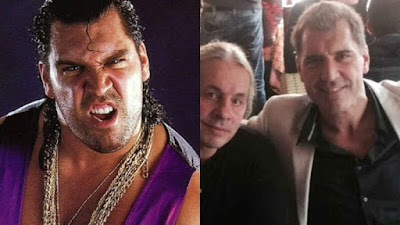 Rick Bognar, who is known for his time in WWF as “Fake Razor Ramon,” has passed away at the age of 49.
According to the Cauliflower Alley Club, Bognar passed away on September 20, but no specific cause to his death was mentioned.
Aside from his time in WWF, Bognar also competed as Big Titan for Frontier Martial-Arts Wrestling from the late 1980s to the mid 1990s, winning a number of titles for the company. Bognar also wrestled for New Japan Pro Wrestling in the late 1990s as part of the nWo Japan stable. Bognar injured his neck in a match against Shinya Hashimoto in 1998, but would wrestle after the injury before retiring shortly afterwards.
Credit: fightful.com

Wrestling News Center would like to send our condolences to the family, friends and fans of Rick Bognar.